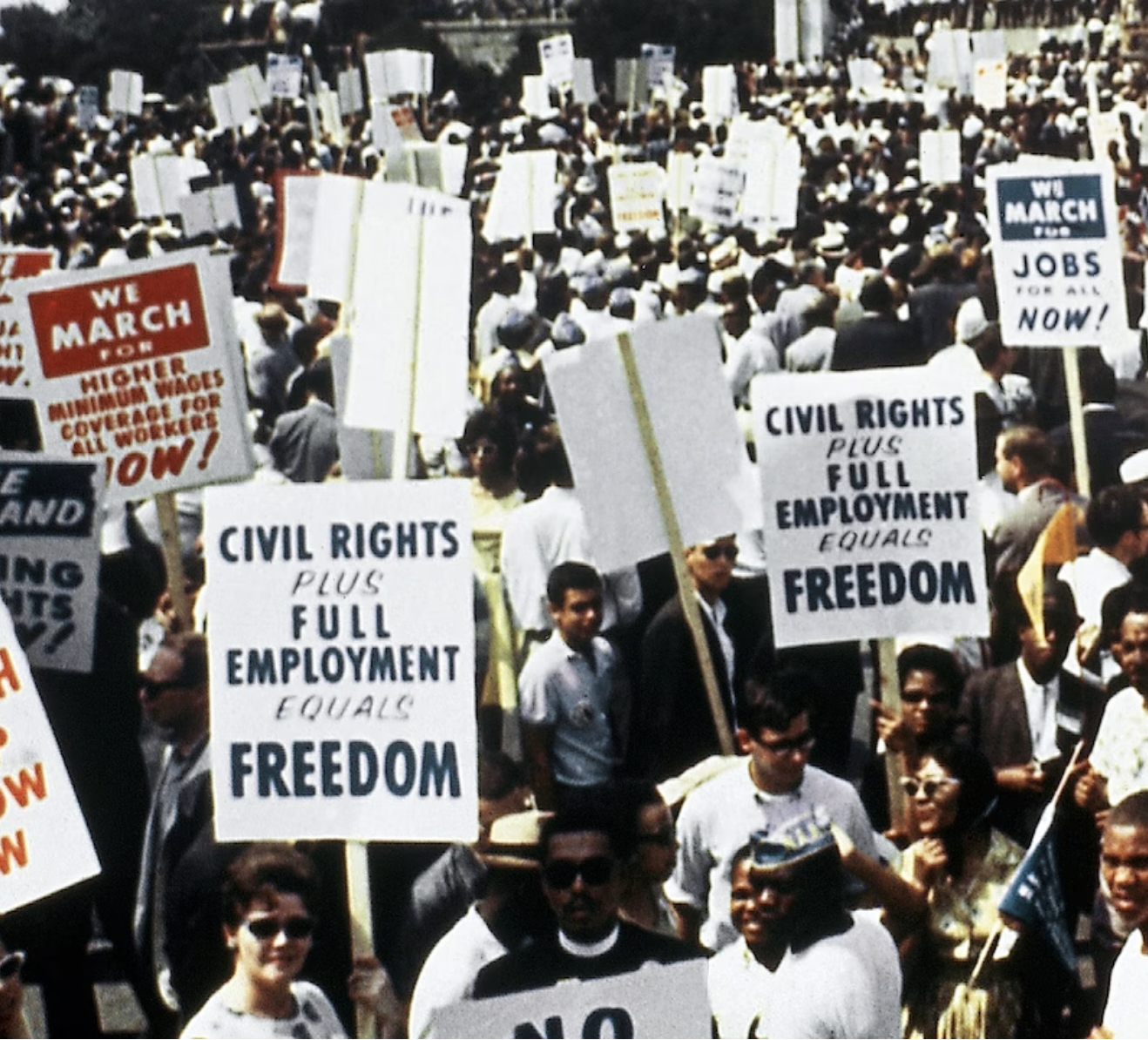 As thousands of tech employees are laid off at companies including Meta, Microsoft, and Amazon, it’s clear that we’re entering a tough tech winter. Adding to the uncertainty is how, or if, diversity, equity, and inclusion initiatives will be affected. If other companies follow the lead of Twitter, which recently terminated its Black- and women-focused employee resource groups, corporations could face heightened challenges related to DEIB.

But in order to forecast the future of DEI, it’s helpful to take a look at the practice’s past. What we now know as Diversity, Equity, Inclusion & Belonging started out as a one-word government mandate: integration.

As society began to integrate during and after the Civil Rights Movement, so did the American workplace. From the founding of employee-led resource groups at big tech companies to the passage and enforcement of the Equal Employment Opportunity (EEO) Act, the integration demands of the 1960s and ‘70s paved the way for the DEI initiatives of the 1980s and beyond.

In this two-part series, we give an overview of how DEI as we know it today came to be, and where it could be heading.

1960s: From Segregation to Integration

When history books reflect on the Civil Rights Movement of the 1950s and ‘60s, the focus is often on the integration of schools and public spaces. But just as the lunch counter sit-ins and the Brown v. Board of Education ruling became emblematic of desegregation, the American workplace had its own integration milestones.

The Equal Pay Act requires employers to give men and women equal pay for equal work.

During the height of the Civil Rights Movement, as America was going from a segregated society to an integrated one, the country’s first minority employee resource group (ERG) was formed at Xerox. Spurred by an uprising amongst Black employees who demanded pay equality with their white peers, the National Black Employees Caucus (now the National Black Employees Association) was founded to address the issues of discrimination and creating a fair corporate environment.

A year later, global management consulting firm McKinsey published “The Changing Face of Marketing,” a groundbreaking white paper on how enterprise organizations could prepare for the rise of the Black middle class as consumers and the Black educated class entering an integrated workforce. While this report focused primarily on consumer marketing, it helped further the case among C-Suite executives for internal workplace diversity.

While the 1960s laid the foundation for an integrated workforce, the 1970s produced the frameworks for enforcement with the Equal Employment Opportunity Commission and the rise of the anti-discrimination practitioner.

As a result, many corporations began to hire anti-discrimination specialists to ensure that they were EEO compliant. Over the years, this practice evolved to focus on and the attraction and retention of Black employees, and the germinal stages of the practice of Diversity and Inclusion began.

Late 1970s-1980s: Corporate Expansion from West to East Leads to Workplace Refocus from Integration to Diversity

As the engines of economic globalization began to hum in the 1980s, many American companies began to expand their reach eastward. But as national corporations became multinational, the need to extend inclusion efforts beyond African-American focused “integration” became apparent. Not only did the late 1970s through the 1980s see the rise of employee resource groups focused on gender, sexual orientation, and other racial demographics, but it also ushered in a shift in how companies talked about inclusion. “Integration” was no longer enough; “diversity” was needed.

Below are some employee resource group formation milestones that illustrate this shift.

As more employees began to recognize the intersections of race and gender in the workplace, other minority demographics founded their own employee resource groups. In 1975, one of the first non-Black ERGs was founded at Xerox: the Hispanic Association for Professional Advancement (HAPA), a professional development network that educates, empowers, and encourages Hispanics to rise to their full potential.

In 1978, HP instituted the Gay and Lesbian Employee Network (GLEN), the nation’s first LGBTQ+ employee resource group. AT&T soon followed suit in the 1980s with LEAGUE,  its own ERG for LGBTQ+ workers.

The 1980s saw some of the first female-focused ERGs emerge. For example, in 1984 the Xerox, The Women’s Alliance launched to share ideas and support one another’s professional growth. Two years later, in 1986, the Black Women’s Leadership Council was formed at Xerox to help drive the advancement of Black women at the company.

Subscribe to our newsletter for Part 2, where we follow the practice of DEI from the 1990s to the modern era.