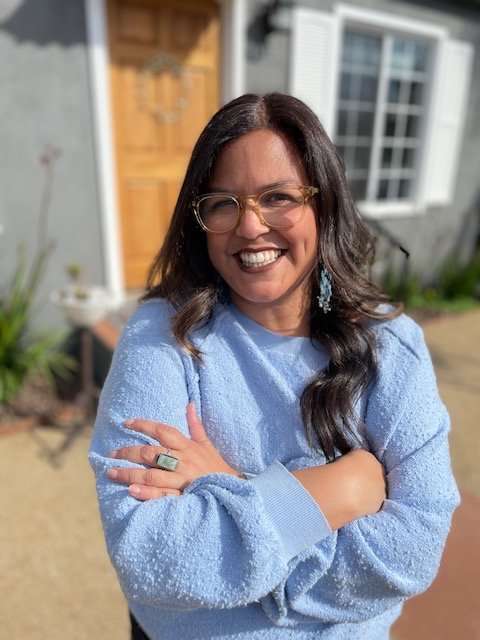 She has served as a lecturer on workplace diversity at the University of California Berkeley’s Haas School of Business and consults and speaks globally, advising executives on best practices. She previously served as VP of Social Impact at GitHub and the Associate Director for Ethics in Society at Stanford University. Sanchez is also a writer, and her first self-published book of poetry and prose is coming out in December.

In the second installment of our “What Your Chief Diversity Officer Isn’t Telling You” series, Sanchez discusses being at the forefront of DEIB in Silicon Valley, how the current sociopolitical climate affects the state of diversity initiatives at large corporations, and why the ways we measure DEI are not enough.

Nicole Sanchez: I was born into this field, long before it was called DEIB. Being one of very few kids of color at school, I spent a lot of time trying to figure out how and why I always felt like an outsider. I was a good student and athlete, and was deeply engaged at school. And yet, something was wrong and painful. When I arrived at Stanford in 1990, it became more acute. Because of this, I began taking classes that helped me articulate the phenomenon of never belonging, despite doing all the “right” things. I was able to learn from amazing professors including Renato Rosaldo, Kennell Jackson, Yvonne Yarbo-Bejarano, and John Manley. My American Studies major helped me shape an understanding of the racial history of the Americas, including its effects on my own family. This was a revelation.

Simultaneously, many of my peers were engaged in building what would eventually become Silicon Valley. For example, one of the first commercial search engines was invented by a dorm mate of mine in our senior year. It was becoming painfully clear that there was a race, wealth, and ethical gap between the people doing those things and, well, everyone else. This was the beginning of my career raising flags about where “tech” was headed, devoid of sociological, environmental, historical and ethical context. I had no idea that this impulse would be part of a much larger field, largely led by women of color who were pushing from their parts of the world.

My first professional gig doing DEI in tech (which it still wasn’t called!) was in 1999. It ended disastrously; I wrote about it here.

Reframe: What do you know now about DEIB that you wish you’d known when you began your journey?

Sanchez: I wish I knew other people doing it! I felt so alone; it wouldn’t be for almost a decade until I was able to start building a community around it.

Reframe: What are some of the biggest challenges that organizations face today regarding DEIB, and what challenges lie ahead?

Sanchez: The biggest challenges are A.) the political climate; and B.) billionaires billionairing.

A.) Our modern racial reckoning began in August of 2017 with the murder of Michael Brown. Utilizing the power of social media as well as on-the-ground organizing, the people of Ferguson gave the rest of the country—and world—a vocabulary and set of actions to fit our times. By the time we witnessed the murder of George Floyd in 2020, Black Americans—followed by so many others—were ready to break open a long-overdue conversation and even better, a long-overdue set of actions. Words I never thought I’d be able to say in front of others, like “reparations,” and “white supremacy” and “colonization” were newly in the ether. For sure, we’ve been saying these things out of the view of whiteness. But now they were in headlines. This was new.

As those of us in this for a long time can tell you, there is always pushback. The last two years have allowed those resisting progress time to organize and pull levers of power. Think: gerrymandering, union busting, indiscriminate layoffs, etc. It is always their tactic to discredit first. As a result, we see things like critical race theory and US history curricula under attack. This makes it more difficult to talk about anything at school, work, or in the public square, as it emboldens white supremacy.

B.) One of the myths of resistance to DEI is that it all comes from conscious racism. To be clear, racism is always present and at the root of decisions that hurt vulnerable communities. And what it often hides behind is the “rationale” of money. Lots of it. Receiving this money are boards of directors and investors who believe their most important job is to figure out how to extract the most from employees and consumers, quarter over quarter. This is no secret.

What we are living through is the moment in which billionaires cannot extract any further. But they will try. And as we just witnessed publicly with Twitter, anything related to DEI, ethics, and culture were the first to go. In the name of cost savings.

Reframe: From your experience working with diversity and inclusion professionals, are there concerns that they share behind closed doors that you can speak about?

Sanchez: I’ve tried to be transparent about my criticisms of the field. One that I’ve held onto for years is that the census-style counting of people in a school or business is necessary but insufficient to claim representation. It happened because some very smart and well-meaning engineers built a spreadsheet to report demographics in 2014, as most companies were refusing to report them.

To be clear, this is a fine measure of something, but not a pronouncement of success or failure with respect to DEI. In some companies, those percentages become synonymous with DEI when, in fact, they are part of a larger set of data we need to look at. Much of the data we need to look at is qualitative, which tech tends to really dislike.

Reframe: Imagine someone gave you a billboard, on which you could include any message you’d like about DEIB to Corporate America, what would they say?

Sanchez: If I knew that CEOs and Board Chairs were guaranteed to see it?

You can find Nicole Sanchez on LinkedIn.